PROVIDENCE, R.I. [May 15, 2018] — Ahead of the 250th Commencement and Reunion Weekend at Brown University, the Brown Medical Alumni Association (BMAA) announced that the senior leadership team of Brown Physicians, Inc. has been selected as the recipient of the annual W.W. Keen Award.

Named in honor of 1859 alumnus and well-known medical professional William Williams Keen, the Keen award is the most coveted honor bestowed by BMAA. The award is presented to individuals in recognition of their outstanding contributions in the areas of medicine, research, education, leadership, patient care or public health.

“The BMAA board is presenting its most prestigious honor to the BPI leadership to recognize their vision and their commitment to medical education and research,” said Philip D. Wey, MD, a 1986 graduate of the Warren Alpert Medical School and president of the BMAA Board of Directors. “At the heart of BPI is a strong desire to improve patient care in Rhode Island, to train the next generation of physicians, and to conduct research that will help patients around the world. Their work exemplifies the achievements we celebrate with the Keen Award.”

“We have made significant progress in what we set out to achieve when Brown Physicians, Inc. was founded in 2017, and we are honored that our efforts to improve healthcare outcomes in Rhode Island are being recognized with this distinction,” said Dr. Angela Caliendo, the interim executive director of BPI and vice president of Brown Medicine.

Brown Physicians, Inc. was formed in partnership with the Warren Alpert Medical School of Brown University in May 2017. Created as part of an effort to streamline patient care, research and education across Rhode Island’s healthcare sector, the physician led federation is comprised of six distinct practices that include Brown Dermatology, Brown Medicine, Brown Urology, Brown Emergency Medicine, Brown Neurology, and University Surgical Associates.

At the time, University President Christina Paxson heralded the new federation as an important step to better serve the local community while at the same time helping to cultivate a thriving biomedical economy in Providence.

Caliendo, who is also a professor of medicine, is one of seven recipients of the award, which is being presented during a Reunion Class Dinner on Saturday, May 26.

The 2018 Keen Award recipients include: 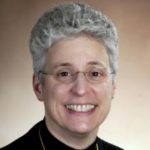 Dr. Angela Caliendo, the interim executive director of BPI, professor and executive vice chair of the Department of Medicine, vice president of Brown Medicine, and the director of the Division of General Internal Medicine at the Warren Alpert Medical School. 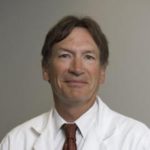 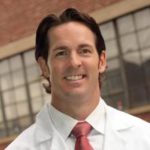 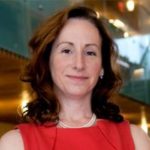 Dr. Karen Furie, a 1987 alumna of Brown University and a 1990 graduate of the Warren Alpert Medical School, chair of the Department of Neurology at the Warren Alpert Medical School, the Samuel I. Kennison, MD, and Bertha S. Kennison Professor of Clinical Neuroscience. She also serves as the chief of neurology at Rhode Island Hospital, The Miriam Hospital and Bradley Hospital. 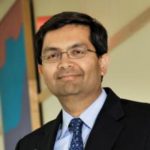 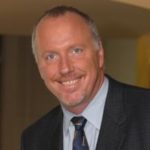 Dr. Louis Rice, chair of the Department of Medicine at the Warren Alpert Medical School, and the Joukowsky Family Professor of Medicine. Dr. Rice is also the Physician-in-Chief at Rhode Island Hospital and The Miriam Hospital as well as the Executive Chair of Medicine at Women & Infants Hospital and the Providence Veterans Affairs Medical Center. 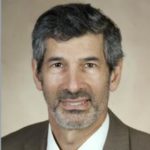 Dr. Mark Sigman is the Krishnamurthi Family Professor of Urology at Brown University, and the Chief of Urology at Rhode Island Hospital and The Miriam Hospital. Sigman is also a professor of pathology and laboratory medicine at the Warren Alpert Medical School and the Co-Director of the Men’s Health Clinic.