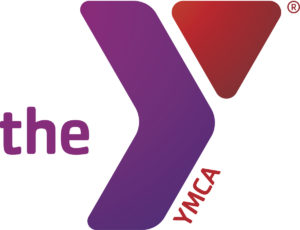 PAWTUCKET, R.I. (July 9, 2018) — The YMCA of Pawtucket held its annual staff recognition event, on Tuesday, June 26th, at the MacColl YMCA in Lincoln, RI.  This year’s ‘Night of the Stars’ event recognized YMCA staff for their years of service and special initiatives that bring the ideals of the YMCA to life every day.

Members of all YMCA of Pawtucket branches enjoyed an evening hosted by executive staff and the Y’s Board of Directors, celebrating their accomplishments from the past year. Staff were nominated by their peers for three different awards, and Charlie Clifford, Chief Executive Officer, along with Jeanine Achin, Chief Operating Officer, and Marc Dupuis, past President of the Board of Directors, announced the winners.

Phil Ashley, of the Pawtucket Family YMCA, received the honor of the Youth Development Champion Award. This award is given to a staff member who demonstrates a commitment to helping children in the Y and community realize their potential. Multiple people nominated Phil for this award, declaring, “He inspires children to be open and express themselves as individuals and show their work to the community.”

The Healthy Living Champion Award, given to a staff member who has advanced the Y’s impact in the health and medical field, offering new pathways to improved health and well-being, was awarded to Denise Henriquez, of MacColl YMCA and Family YMCA. Fellow staff members explained, “Denise has a unique ability to motivate people to be their best self. She organizes fundraisers for the Y and other local charities with Zumba Master Classes to help others become healthier in spirit, mind, and body.”

Through building partnerships, expanding access to opportunities, and helping create a better, stronger, and more inclusive community, Juana Pires, of the Family YMCA, was recognized with the Social Responsibility Champion Award. Juana greets each member by name and being bi-lingual has allowed her to ensure the Y is a place where everyone feels at home and everyone can be listened to and appreciated.

Lastly, Jannel Hill, Director of Human Resources, alongside the managers of each YMCA of Pawtucket branch, recognized several key staff members for their years of service to the Y:

“We could not be prouder of the efforts and dedication from all staff members this year,” said Clifford. “Without our Y team members, we could not inspire social change and strength within the communities that we serve. The success of the YMCA of Pawtucket is possible because of the continued support and energy of our staff and members.”

About the YMCA of Pawtucket, Inc.

The YMCA of Pawtucket is comprised of five branches across the state: Pawtucket Family YMCA and Heritage Park YMCA Early Learning Center in Pawtucket, MacColl YMCA in Lincoln, Westwood YMCA in Coventry and Woonsocket YMCA. The Y is one of the nation’s leading nonprofits strengthening communities through youth development, healthy living and social responsibility. Across the U.S., 2,700 Ys engage 22 million men, women and children – regardless of age, income or background – to nurture the potential of children and teens, improve the nation’s health and well-being, and provide opportunities to give back and support neighbors. Anchored in more than 10,000 communities, the Y has the long-standing relationships and physical presence not just to promise, but to deliver, lasting personal and social change.

For more information on the YMCA of Pawtucket, visit www.ymcapawtucket.org or contact John Houle at 401.831.6123 or john@www.jhctesting.com.