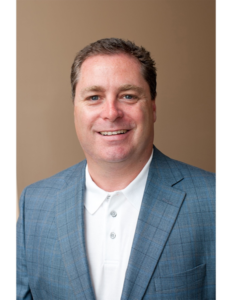 Mortgage Executive Magazine seeks to recognize and celebrate the service, dedication, and hard work that leading mortgage professionals put into serving their clients during the home loan process. Entries could not include loan volume of associate originators or junior originators that earn a commission on the same loan files.

“I am pleased to be ranked in the top 1% of mortgage originators nationwide,” said Tetzner, president of Homestar Mortgage. “As a mortgage professional for over 20 years, I strive each day to provide exceptional service and safe, affordable mortgage options to my clients. Today’s mortgage market is certainly complex and I am honored to be recognized alongside so many industry experts.”

With over 23 years of experience and over $1 billion in overall mortgage volume, Tetzner is a recognized leader in the mortgage industry.  He is a founding partner of Homestar Mortgage, which he began with his father, Carl over 20 years ago.  Tetzner is currently president of the RI Mortgage Bankers Association and has served on its Board of Directors for seven years.  As chair of the RI Mortgage Bankers Association’s Legislative Committee, Tetzner was personally involved in the drafting of language regarding loan officer licensing, and he was instrumental in creating the landmark predatory lending legislation.  Tetzner studied Finance at the University of Rhode Island and is active in the Narragansett Lions Club. Additionally, he supports several charitable organizations, including the Toys for Tots Program, Rhode Island Community Food Bank, Jason Douglas Foreman Foundation, and the Elizabeth Buffum Chace Center.

Homestar Mortgage is one of Rhode Island’s largest independent mortgage lenders and brokers, offering home and commercial loans, construction loans, reverse mortgages and refinancing programs. With offices in Providence and Wakefield, Homestar is a licensed mortgage lender and broker in Rhode Island, Massachusetts, Connecticut and Florida. Homestar was founded by Carl and Stephen Tetzner, who combined have over 60 years of mortgage expertise, and are backed by a team of over 12 loan officers.