NEWPORT, R.I. (February 5, 2018) — As part of its yearlong celebration of CODAC’s 40 years in Newport County, U.S. Representative David Cicilline visited CODAC Newport on Friday, February 2nd to receive a firsthand look at the environment of care for the treatment of opioid use disorder.  As the opioid overdose crisis continues to cast a shadow over communities across Rhode Island, Congressman Cicilline helped CODAC Newport highlight some of the successes of the last 40 years—as well as the battles still ahead in the months and years to come. 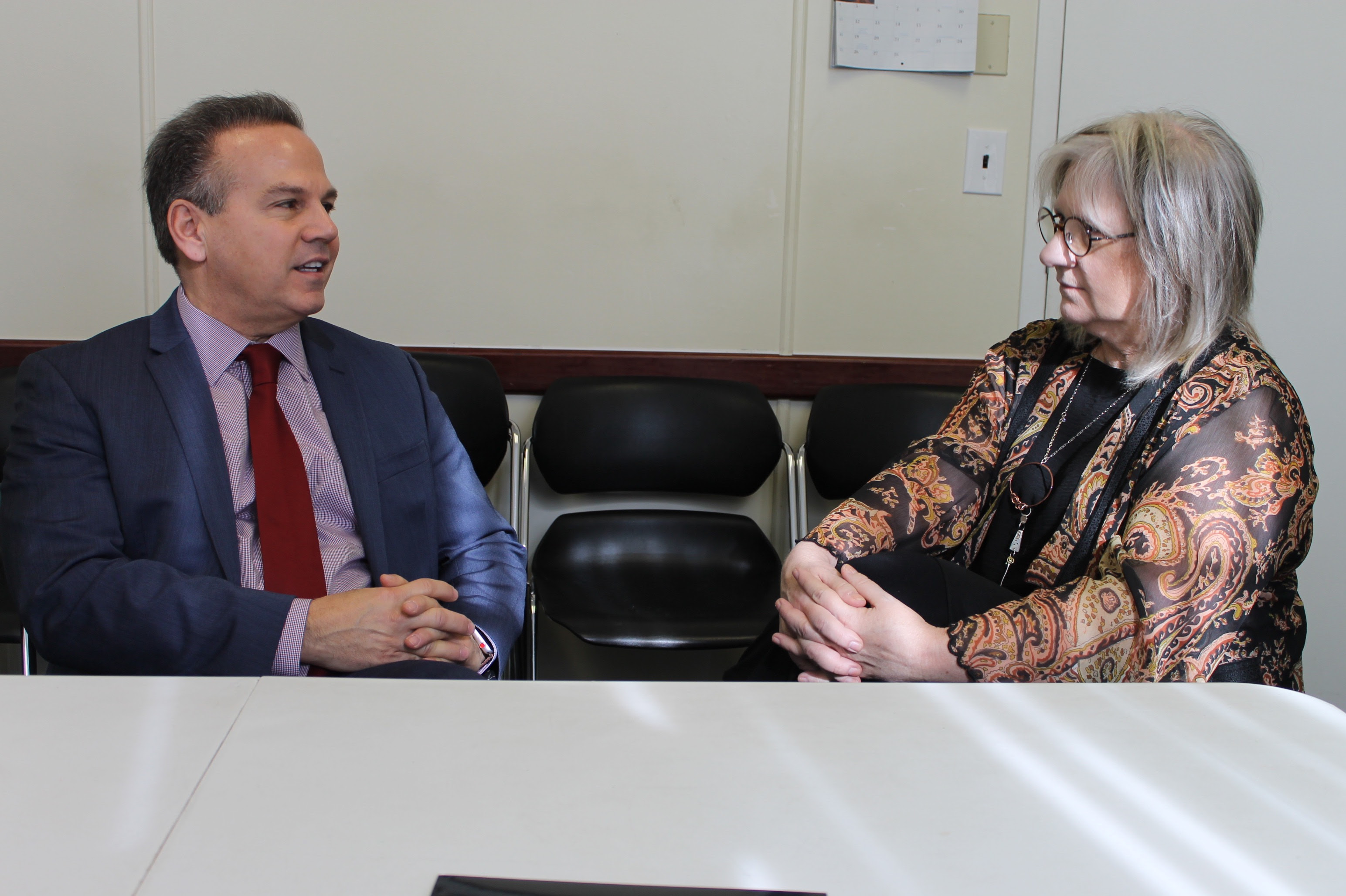 A longtime champion of substance use prevention, treatment and recovery, Cicilline has worked with CODAC to keep the community, and his colleagues in Washington, focused on the opioid crisis and the urgent needs of those affected.

“The opioid crisis demands that federal, state and local officials work together to ensure that organizations like CODAC Newport have the resources they need. Rhode Islanders deserve the highest-quality health care to help them overcome this tremendous challenge, and every day CODAC Newport goes above and beyond for the people of our state. I’m proud to support their work and am committed to working with my colleagues in Washington to expand the federal effort to address this ongoing epidemic.”

In 2017, along with the other members of Rhode Island’s congressional delegation, Congressman Langevin and Senators Reed and Whitehouse, Cicilline was instrumental in securing almost $3 million dollars of funding to expand prevention resources, treatment capacity, and recovery services in the state.

“Having a U.S. representative in Congress who understands the importance of curbing the opioid epidemic has helped Rhode Island in many ways, and the Congressman’s actions have not gone unnoticed,” said Linda Hurley, President/CEO of CODAC. “Since he has taken office, Congressman Cicilline has secured funding, promoted policies, and helped underscore the importance of continuing to fund federal offices that are at the forefront of reducing overdose deaths.”

In addition to bringing funding to Rhode Island, Cicilline has vigorously advocated for policies that would provide law enforcement officers with Naloxone to help prevent accidental overdose deaths in their communities. Shortly after the inauguration, Cicilline joined a bipartisan group of legislators in drafting a letter, addressed to President Donald Trump that entreated the new administration to protect the budget of the Office of National Drug Control Policy from cuts that health policy experts say would have significantly reduced access to overdose treatment.

CODAC is honored that Congressman Cicilline has agreed to participate in an ongoing series of events planned for 2018. CODAC Newport’s 40th anniversary will be showcased with a spring gala as well as performances of “Four Legs to Stand On,” a therapeutic theater performance that brings addiction and recovery to the forefront. In addition, CODAC is hosting community forums and events that emphasize the importance of acknowledging the extent of the addiction problem, eliminating the stigma attached to addiction, and providing adequate treatment and other resources to help individuals, families and communities recover from the opioid overdose crisis.

Founded in 1971, CODAC Behavioral Healthcare is Rhode Island’s oldest and largest provider of outpatient services for opioid use disorder, other substance use disorders, and concurrent behavioral health challenges. With eight locations across Rhode Island and a team of highly trained medical professionals, CODAC is uniquely positioned to provide services when and where they are needed. For more information about CODAC, visit: www.codacinc.org