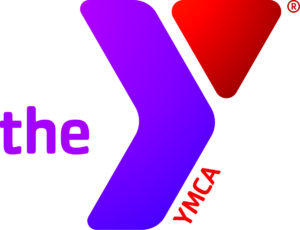 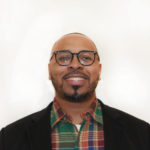 PAWTUCKET, R.I. (November 28, 2018) — Reginald Jean has been named the Executive Director of the Pawtucket Family YMCA. He will use his experience in management, relationship building, and leadership training to direct the operations of the Family YMCA, which currently serves over 4,000 members from the Pawtucket and Central Falls community.

In his new role, Jean will be responsible for maintaining and improving the operating budget of the Y branch, developing impactful programs, and building relationships with influential community partners that support the Y’s overarching mission, goals and strategies.

“The YMCA of Pawtucket is proud to welcome Reggie to the team,” said Charlie Clifford, Chief Executive Officer of the YMCA of Pawtucket. “We greatly appreciate Reggie’s commitment to inclusiveness and believe his years of management experience will benefit the communities we serve. We are also confident that Reggie’s enthusiasm will resonate with our members as he works to strengthen program offerings.”

Jean previously served as the Operations Director at the Dorchester YMCA of the YMCA of Greater Boston. In that role, he managed six directors, helped the branch substantially grow donations to its annual giving campaigns, and maintained an operating budget of $2.2 million. Jean was promoted to that role from the position of Senior Director of Youth Development, and prior to that served as a Teen Program Director.

Additional experience that will help Jean in his new position include his Multi-Team Leader Certification, Global Leader Certification, and his completion of the Multicultural Executive Career Advancement program, a national YMCA leadership program designed to train senior directors for executive level roles.

“I am pleased to have been selected for this role,” Jean said. “As the Executive Director of the Family YMCA, I will work hard to make an impact in the lives of staff, volunteers, and community members that this branch serves, and I will ensure that the Y remains positive, vibrant, and welcoming for every member that visits our branch.”

Jean earned a bachelor’s degree in consumer economics from the University of Massachusetts, Amherst. Throughout his tenure at the YMCA of Greater Boston, Jean has also volunteered in national and regional committee roles for the YMCA Emerging Multicultural Leadership Experience (EMLE) conference, and volunteered his time as a member of the Y’s USA Haiti & South African Coalition. Jean resides in Boston, and enjoys spending time with his family. He is also an avid international traveler.