What the great bard teaches us about marketing, and life.

I remember being taught that Western literature is based on the classics – the Greek tragedies, the Bible, and Shakespeare. Today, we will tackle William Shakespeare, who was certainly ahead of his time.

Let’s look at some of his best plays and see what key take-aways we can distill. 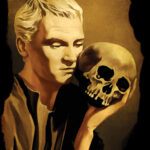 Poor Hamlet – your uncle kills your dad, sleeps with your mom, and your girlfriend goes crazy. So you can see why he suffers the slings and arrows of outrageous fortune. But c’mon man, make a decision. You either have to take your uncle out, or not. You can’t just let your dad’s killer ruin your life, along with all of Denmark. Something rotten is truly going on over there, and you need to step up. In terms of marketing and in business, you have to make decisions in leadership. You can’t let analysis-paralysis take over and dictate your life. As the great Yoda says, “Do or do not, there is no try.” 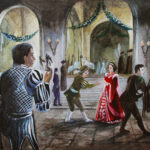 Oh, the timeless story of young love, and children not listening to their parents, gives us so much to work with. And we think Gen Z is tough….how about teenagers in 16th century Verona? Sometimes we just need to listen to the opposing side and understand where they’re coming from. It’s usually a breakdown of communications, and people jockeying for position. Family rivalries and power politics are as alive today as they were in Italy back in the day. But, unless we communicate, and put our issues on the table, we can end up like Romeo, and who wants to tell their best best friend someday, “Mercutio, I’m dead.” 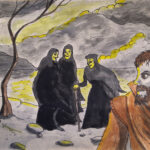 Don’t kill your boss unless you have a plan. And if you’re going to take down your competitors you better have the stomach for it. If not, expect many sleepless nights: ​​”Sleep that knits up the ravell’d sleave of care.” And you don’t want to head down the slippery slope towards insanity, like Lady Macbeth, fretting about the castle uttering, “Out, out damned spot.” In remembering my Shakespeare’s Political Wisdom course in college, you have to take a look at the Ross character. He seems to survive through three administrations, making him the ultimate political survivor. Could it be that sometimes the guy that doesn’t make waves lives to fight another day. Or maybe you need to pick the right winners. 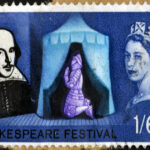 The story of Henry of Monmouth, AKA Henry V, is a three part series: Henry IV, Part I; Henry IV, Part II; and Henry V. We are first introduced to young Prince Hal, who’s stirring like so many young men and boozing it up in the local bars. He’s got major father issues, but in his case, his dad was a usurper, and Henry felt the need to prove himself. He also has a false father in Falstaff, but when it comes time to step up, Henry does, defeating the English rebels. Henry can’t wait to wear the crown, and when his time comes, he sets his eyes on France and the French princess. While Shakespeare would like us to believe that Henry’s stirring speeches helped lead the outnumbered English over the French in the Battle of Agincourt, the introduction of the English longbow may have had more to do with it. Nevertheless, Henry’s strong commitment to the working man, and his ideals of brotherhood, are lessons we can all take. As he says to the French Princess, “Customs curtsy to great kings.”

So go out there and change the landscape. Even if you’re still chained to the past, remember that Henry had to defeat angry Englishmen who wanted to kill him, an oppressive father, and overwhelming odds.

Carry on my friends, and remember the lessons of our forefathers.