I distinctly remember my professor in my first political science class explaining that we needed to learn about dictators, so we would be prepared to prevent history from repeating itself.

Wow, was she right.

But I never thought that what I learned about Hitler and Stalin would come full circle back in the 21st century. In fact, we’re hearing echoes of “Uncle Joe” from the current Russian leadership, so let’s look at some major takeaways from the latest autocrat. 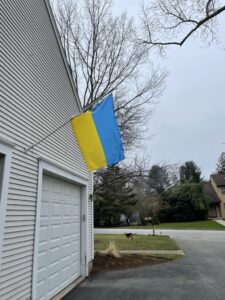 Every Russian leader looked towards the west with envy, and Peter’s great city, St. Petersburg, was to rival the great European capitals. It’s also from where the current ruler hails. Peter the Great, Catherine the Great, Lenin, Stalin, and Brezhnev – the story of Russia is littered with strong men, and women. The latest incarnation falls in line, but revolution is another lesson from Russian history.

Keep your friends close, and your enemies closer

It’s said that Stalin slept with a copy of Machiavelli’s The Prince by his bedside. Perhaps it’s passed
down from Russian leaders like America’s Book of Secrets. But if the Russian autocrat truly heeded
the advice of the great military strategist Sun Tzu, who coined the above phrase, then he would understand: “Victorious warriors win first and then go to war, while defeated warriors go to war first and then seek to win.”

The question emerges whether those close around the current ruler, who are at best transactional friends, will turn on current leadership when their coffers are no longer filled.

When in doubt, blame others

It was the Germans (with good reason). It was the Cossacks. And now it’s the Ukrainians. As history repeats itself, today’s rallying cry is about the denazification of Ukraine. Villainizing your enemy is right out of the autocrat’s playbook. It sounds much better than blatantly admitting imperial aims. That might have worked in the days of Peter the Great, but no one buys it today. There’s no Great War to rally your people like Stalin did, there’s no great cause for the equality of working people like Lenin fought, but instead we have man’s worst instincts at play – good old fashioned aggression.

Don’t bring a knife to a gunfight

If you’re going into a country, you better do it fast and with overwhelming force. Didn’t they see Colin Powell’s press conferences during the Persian Gulf War? Of course, when you’ve been siphoning off funds from your military to hook up your friends with yachts and mega-mansions, you may not have that lethal weaponry after all.

And, please, enough with the saber rattling. We really don’t think the Russians are serious about nuking New York City, and any rational actor knows that’s end of days nonsense. Enough with the irresponsible rhetoric.

Democracy is messy, but it’s better than any other system in the world

The American experiment may have its flaws, but it’s the best system in the world. Look to the East today and witness lockdowns in Shanghai and Beijing. “Control your thirst for freedom” is blasted from drones overhead in the streets. Imagine that in America? We revolt over masks.

So, cut your losses, and run

When it’s fight or flee, and fighting no longer works, it’s time to cut a deal for our Russian comrades.

A nice dacha in Cuba is preferable to a bullet in a bunker.