YMCA of Pawtucket Raises Over $40,000 in Most Successful All-Star Outing to Date

PAWTUCKET, R.I. (June 27, 2019) — Through the charitable contributions of local businesses and the fundraising efforts of dedicated committee members, the YMCA of Pawtucket in partnership with the Pawtucket Red Sox helped raise more than $40,000. Funds raised will go towards providing camp scholarships at the YMCA of Pawtucket. Hundreds of attendees convened at McCoy Stadium on June 20th to support the Y’s annual All-Star Outing while enjoying an all-you-can-eat barbeque and thrilling game between the PawSox and Durham Bulls.

Charlie Clifford, Chief Executive Officer of the YMCA of Pawtucket, explained the outing’s significance for the Y and the broader community. “We are incredibly grateful to this year’s sponsors. Through their generous contributions, more children than ever before will be able to attend summer camp,” Clifford said. “All children deserve the opportunity to live healthier lifestyles, and Rhode Island’s community is helping to make that a reality for many kids, regardless of their economic situation.”

The YMCA regularly seeks to help families who cannot afford to pay for programming at the Y. Senior leaders at the YMCA say that the summer programming, made more widely available through fundraising, helps children remain mentally focused and physically active, goals that align with the Y’s overarching goals.

For more than 20 years, the Pawtucket Red Sox have supported the Y’s annual outing. Their commitment to local youth is reflected in their yearly participation in the outing, Clifford says, adding that the annual event would not be possible without the organization’s support.

This year’s event also drew countless raffle participants. As part of the Y’s longstanding tradition to send a lucky winner to the Major League Baseball All-Star Game, the YMCA of Pawtucket named Mary Coyle of Albion, R.I., the grand prize winner of its All-Star raffle. The tickets, donated by the PawSox, are for the July 9 All-Star game in Cleveland, Ohio. Coyle’s prize includes cash and covers the cost of transportation and lodging. 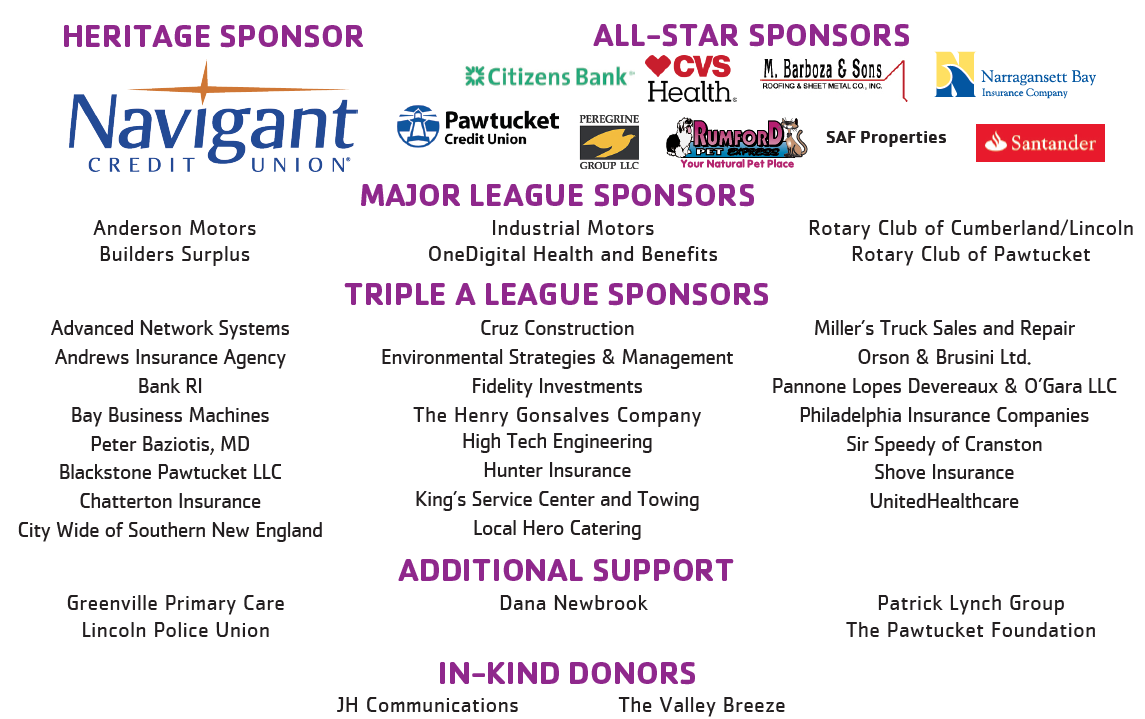 About the YMCA of Pawtucket